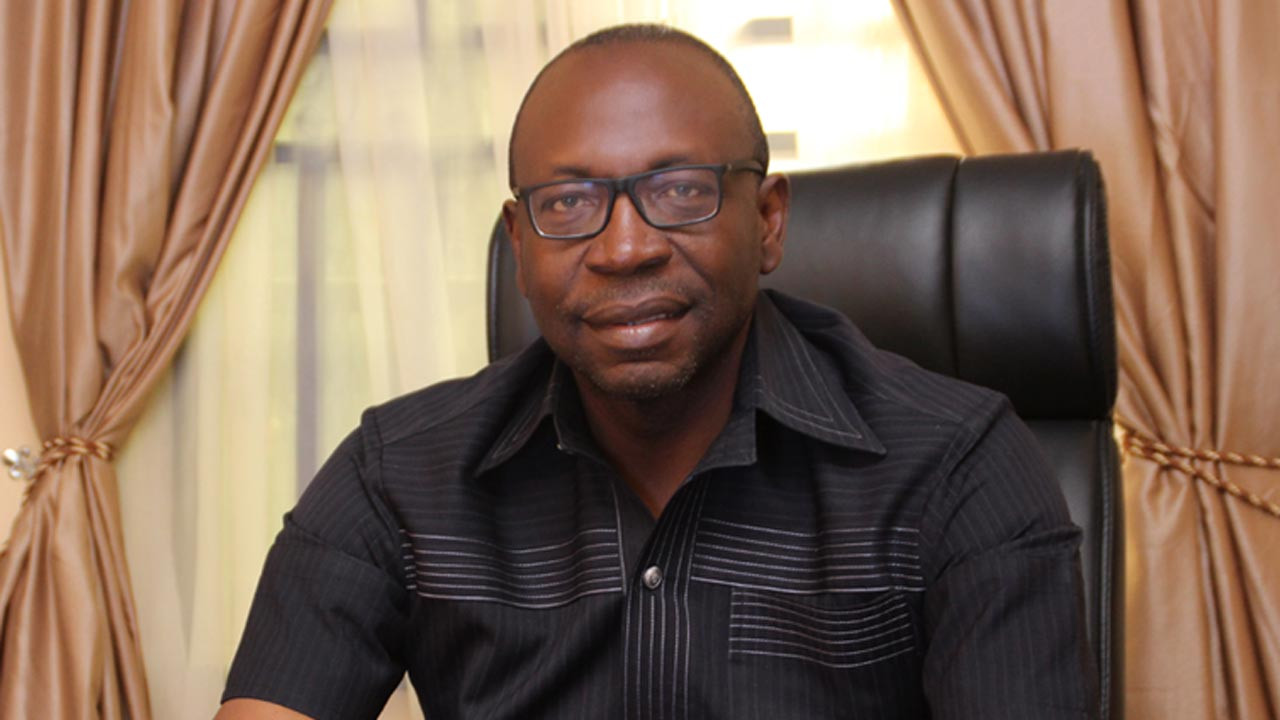 Osagie Ize-Iyamu, the flagbearer of the All Progressives Congress (APC) in the Edo state governorship election, has denied the allegation he bathed a student with acid as an undergraduate at the University of Benin.

Back in 2016 during the state governorship election, former governor of the state, Adams Oshiomole, had alleged that Ize-Iyamu, who was the candidate of the Peoples Democratic Party in that election, poured acid on a student. Oshiomole of the APC was campaigning for Godwin Obaseki when he made the statement. Oshiomole berated Ize-Iyamu and gave the state residents reasons why he is unfit to be elected as governor.

Oshiomhole and Obaseki began having problems with each other and subsequently fell apart, forcing Obaseki’s defection to the PDP in 2020.

Ize-Iyamu who was in PDP, is now a member of APC and Oshiomole’s anointed candidate for the state governorship election scheduled for September 19 2020. As the election draws closer, some politicians have brought out the campaign video in which Oshiomole accused Ize-Iyamu of bathing a student with acid.

“When I was in the university, I was a member of the Pyrates Confraternity. At that time, we didn’t look at it as a cult arrangement but some people were already coming in with tendencies to create problems. We had this very confrontational group and one evening, somebody reported to us that they beat up a final year student who was also close to us and they mentioned the names of those involved, and we said no, this is bad.

Don’t also forget too that I was a students’ union leader, very prominent in the students’ union congress. So, myself and some persons who heard about this complaint said let’s go and see the people concerned and talk to them.

We went there and met with the people concerned. They opened the door for us and we were discussing the matter under a very cordial atmosphere only for some people to come in and before we knew it, there was smoke in the whole place and somebody shouted acid and was screaming. It was then I realized that somebody has poured acid on somebody and I quickly rushed to the security post. I brought them in and we took the young man to get first aid treatment.

Of course, the school set up an inquiry, and the person that was affected admitted that I was the one who brought security agents and that I was able to take him in for medical attention. I asked who poured it and he said he didn’t know. He said he knew the face but didn’t know his name and nobody appeared to know the name and the university said since you people don’t want to mention the name, we are going to sanction all of you. Before we knew it, they expelled us.

The reason they gave was that they expelled us for belonging to a proscribed organisation. But the long and short of it is that we were on it for two years till 1986 when the Senate held a meeting and said these guys have been punished enough, that if you look at the records, they were not the one that committed what happened, so, we were called back, graduated and then went to the Law School.”

Two Market Sell Signals To Look For This Week

(Photo by Michael Nagle) Xinhua News Agency/Getty Images Last week I presented reasons why the stock market rally from the March 23 lows was ending. This included “island reversals” on the daily charts for the Dow Jones Industrial Average and the S&P 500. These are sell signals. Last week ended with the Dow, S&P 500, […]

Could The Small Business Response To The Coronavirus Unlock Creativity?

Kuli Kuli hosting a webinar on How to Eat for Energy and Immunity when the startup realized that … [+] traditional marketing outlets were no longer available. Kuli Kuli As coronavirus cases continue to spike across America, dreams of a summer reopening or even a semblance of normalcy in 2020 are feeling increasingly far away. […]

The Inspiring Story Of The Athlete Refugee Team

In 2003, the Janjaweed, a militia operating in western Sudan that has played a major role in perpetuating the war in Darfur since 2003, arrived in Jamal Mohammed’s village. On that day, they killed 97 people, including his father. “It was the worst day of my life,” explains Jamal.  Death and violence dogged Jamal and […]

Testing times: Nurse Christina poses with a nasal swab at JFK’s Terminal 4 XpresCheck the first … [+] airport-based Covid-19 testing facility in the US. (Photo by Johannes EISELE/AFP) AFP via Getty Images Despite a positive reception for the first in-airport Covid-19 test center, XpresSpa Group has warned that similar locations at other gateways may […]

Business woman showing insurance document over white desk at office Getty After a hiatus because of the COVID-19 pandemic, the IPO market has come roaring back. Just look at yesterday’s offering for Lemonade (NYSE:LMND). The shares spiked by 139% to $69.41—putting the market cap at over $3 billion. Part of the success has been the overall bullishness […]

January Ventures As much buzz as you may be hearing about diversity right now, the stark fact remains that most VC funding is still going to startups founded by white men. As recently as 2017, less than 1 percent of total VC funding went to women of color. And when women of color do get […]

Young Black Women Are Learning To Code Thanks To These Brazilians

I’m just off to reboot my smart toilet A certain pop star had a husband who was, as is so often the case, inappropriately intimate with the family’s hired help. He recorded some of his below stairs adventures on his iPhone, no doubt to act as a comfort in his later years. Unfortunately, he’d either forgotten […]

EU President of Council Charles Michel (2nd-R) and European Commission President Ursula von der … [+] Leyen (C) arrive to give a joint press conference after a G7 Leaders’ videoconference on COVID-19 at the EU headquarters in Brussels on March 16, 2020. – Ursula von der Leyen on March 16 proposed that the EU close […]

A few years back Google apps used to be my choice of service for creating domain-specific business email addresses. But last year they shut down their free sign-up and now you need to pay for every user account on Google apps. For those who are looking for free domain-specific email options, you still have a […]

WHO Launches Program to Help 1.3B People Quit Smoking

The World Health Organization (WHO) announced that it was launching an initiative to help 1.3 billion global tobacco-users quit the habit during the ongoing COVID-19 pandemic. The Access Initiative for Quitting Tobacco will help people freely access the resources they need to quit tobacco, like nicotine replacement therapy and access to a digital health worker […]

The World Health Organization (WHO) said on Saturday that it was discontinuing its trials of the malaria drug hydroxychloroquine and combination HIV drug lopinavir/ritonavir in hospitalized patients with COVID-19 after they failed to reduce mortality. The setback came as the WHO also reported more than 200,000 new cases globally of the disease for the first […]

Cruise ship docked at the port of Long Beach, California on April 11, 2020 AFP via Getty Images The Centers for Disease Control and Prevention (CDC) announced the extension of a No Sail Order for cruise ships carrying more than 250 passengers in waters over which the United States has jurisdiction.  “We are working with […]

After months of rumors and leaks, Canon has finally announced the EOS R5, a high-end mirrorless camera with some impressive specs. The headline numbers are 45 megapixels, 12 fps still frame shooting, and most impressively, 8K video. It’s an unexpected jump for the traditionally (and infamously) conservative company. New camera releases are always slight improvements […]

Before Coronavirus (BC), the cult of group class workouts and group trainers (SoulCycle, Orange Theory Fitness, Barry’s Bootcamp) had convinced many that $200 a month for unlimited classes or for a month of high end health club membership (Equinox) was at best reasonable; at worst, unavoidable. Savings could be found thanks to Classpass – but […]

An‘Unfair Game’ Of Breeding Lions To Be Hunted

Photo: Pedro JARQUE KREBS, @pjarquek It’s a damning book by British wildlife philanthropist author and pollster Lord  Michael Ashcroft that blows the lid off the lucrative industry of ‘canned lions,’ exposing the horrors of farms where, for exorbitant prices, hunters shoot and kill lions bred in captivity for sport. The recently published Unfair Game: An Exposé of South […]