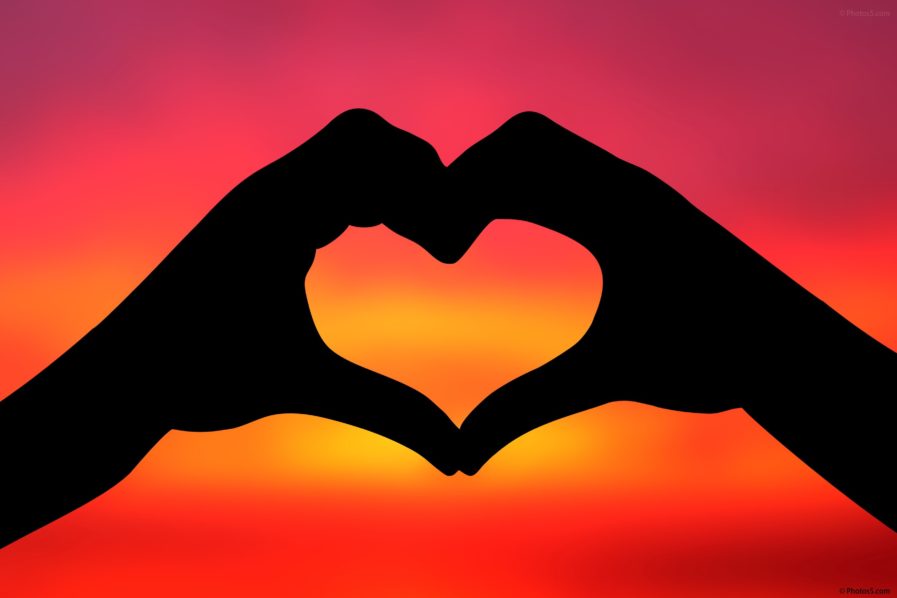 Often times we develop in our relationships to the point where individuals involved transcend to the level of nonverbal communication. They begin to speak through a mere look at each other and understand what a glance signifies, a great way indeed to evolve right? But I need not emphasize that sometimes, voiced words are affirming and are as assuring as they sound.

The 3 magical words forming the sentence “I love you” give the impression that they are patterned to a particular sect despite its universal ability. Let us start with the just concluded Father’s day, how many people exclaimed those guaranteeing words on that given day?

This is a sentence that puts in perspective a universe of feelings as it also defines relationships between husbands and wives, girlfriends and boyfriends, siblings, and other family members and friends precious to us.

The Theory of Vulnerability
The vulnerability and exposure probably felt in saying those words is the primary reason why most times the emotional state is held back. How does that play out in Nigeria? It is appropriate to say it is an awkward statement to utter as the average Nigerian has been taught to be inflexible and suppress emotions as the idea is that emotional display by a man symbolizes a weak man. In this regard, the man wears a “poker face”, is unresponsive or unsympathetic to things that require some facial reaction which reflects a deeper feeling.

Again, the man feels that his authority might be thus lost or even threatened by showing emotion. This has invariably left many perplexed on the level of emotional availability of the African or Nigerian man.

Shades of the Watchword
Now in boy-girl relationships, lays silently the question, ‘how soon is too soon to say those words in a relationship?’ Too early can reveal obnoxious intentions or help with the direction and seriousness of the relationship.
One funny thing yet is the awkward responses partners get when they own up to their lovers such as ‘me too’, ‘you better’, ‘thanks for letting me know’, ‘thank you’, and finally ‘okay’. These unexpected replies do not necessarily reciprocate the previous declaration and this without a doubt, can leave a relationship in turmoil and distrust. To reiterate, it is not all bad because you get to find out how the other person feels about you.

“Thug Lovin’ ”
Emotions or sensations are not stapled out for the female gender only but all humans. The famous “I love you 3000” is another version of the usual, made popular when Tony Stark kisses his little girl goodnight as they compete for who loves who the most.
Clearly for many to vocalize “I love you” just about feels like ripping off something invaluable which is simply connected to fear and rejection. This is where “Thug lovin’” comes to play as an unconventional display of affection.

Many people have a hard time being verbally affectionate, clueless on how to annunciate their feelings, and do so in ways undreamed-of, yet, everyone loves a word of affirmation.

Not having the culture of expressing ones moods also makes it hard for an open up. Aristotle lets us know that it is essentially human to be imitative so man learns first by imitation. So habitually nurturing the pronouncement and assurance of feelings is a good way to start in easing the comfort of opening up their heart just like Stark and his daughter. Talk about killing two birds with one stone, aiding child development and striking emotional balance. Well, just like Stevie Wonder, “ I just called to say “I LOVE YOU”.

Love
Previous story :American, United Airlines Will Go Back To Packing Flights Despite Covid-19 Coronavirus
Next story :The New Digital Streaming Platform That Supports Artists And Broadens Our Musical Tastes

JD Power report on new car quality has Tesla in a very bad position JD Power The latest JD Power Survey of consumer problems with cars shows Tesla TSLA in a dismal last place, with an average of 2.5 problems reported per car. The average car has 1.66 problems. More basic brands like Dodge and […]

Jake Lazarus, cofounder of Keakie Keakie Every industry sector has been impacted by the coronavirus pandemic, and music is no exception, with the creative side particularly hard hit. Now a new digital music platform launched during lockdown that aims to spark people’s musical curiosity, will also help the people who put musical experiences together, the content […]

The Power And Challenges Of Crowd Innovation

Managing Partner at Amyx Ventures, TEDx, Top Global Innovation Keynote Speaker, Forbes, Singularity U. Smart City Accelerator, SXSW. Getty Companies are recognizing the power of crowdsourcing as a complement to their internal innovation, with executives acknowledging that company R&D is no longer the exclusive holder of valuable ideas and innovation.  According to a 2015 report, 85% […]

Country of Origin of Products: A Concern For Indians

As the government orders e-commerce players to display the “Country of Origin” of products sold on their platforms, a survey reveals three in ten urban Indian respondents (31 percent) consider the Country of Origin of a product important when buying it, but it ranks lower than other factors. The Quality of the product (77 percent), […]

Devambez and Sticky Glue Warren Bobrow: iPhone XR This was the pitch that I received today in the mail. “We are a small start up team and we just launched so your support really means everything to us! If you like this product it would be awesome if you could tell at least one friend […]

The Dixie Chicks Drop ‘Dixie’ From Their Name

TOPLINE The bestselling country music outfit The Dixie Chicks will move forward as just The Chicks when they release their new album next month, they said Thursday, dropping “Dixie,” a nostalgic term for the American South from the Civil War-era, from their name as the U.S. faces a reckoning with its racist past. Dropping the […]

Verizon Launches No-Annual-Fee Visa Card with Competitive Rewards on Groceries, Gas and Dining Verizon and Synchrony have partnered to launch the new Verizon Visa Card, exclusively available to Verizon wireless customers. The Verizon Visa Card offers Verizon customers the chance to earn generous rewards and redeem them to offset their monthly bill or a new smartphone, all at […]

Historically, airlines have been the dominant force in the travel industry’s pecking order. Governments, their tourist boards, local airports and even the private sector trekked to their headquarters, lobbying airline executives to open up new routes into their backyards. Robust flight schedules made it easier for tourists to get there. Lots of nonstop flights helped […]

With 4 July as the official date that UK hospitality can reopen its doors, many hotels have been making extensive preparations to make their establishments Covid-19 safe. For travelers looking for weekend breaks or holidays with social distancing ensured, a countryside hotel is ideal. And many of these properties are offering special reopening deals, such as […]

American Or United – Which Airline Should You Fly During This Pandemic?

United Airlines Boeing 777-200 aircraft landing at London Heathrow International Airport in England, … [+] UK on 2 August 2019 during a summer day. The airplane has the registration N77019, has 2x GE90 engines and the name Larry Kellner. United Airlines UA UAL is a Star Alliance aviation alliance member. The carrier connects London to […]

UNITED KINGDOM – JULY 01: Photo of Bob MARLEY; Bob Marley performing live on stage at the Brighton … [+] Leisure Centre (Photo by Mike Prior/Redferns) Redferns Picking a favorite Bob Marley song is like selecting a top Beatles song or Bruce Springsteen concert you have attended. There are so many options, finding a consensus […]

I discuss with Theodore Diehl about luxury independent watch brand Richard Mille’s expertise in the field of tourbillons. Why have tourbillon watches become one of Richard Mille’s specialties? The tourbillon escapement is one of the most difficult to make, so it is already in itself a sign of high quality and watchmaking prowess. This fits […]

Rob ‘Problak’ Gibbs Writes Graffiti In Boston To Send A Powerful Message Of ‘Anger, Pain, And Healing’ To The World

Artist Rob “Problak” Gibbs stands in front of his mural “Breathe Life 2” (2020) on the side of his … [+] alma mater, the Madison Park Vocational School in the Roxbury neighborhood of Boston. Copyright Caitlin Cunningham Photography LLC An exuberant Black girl in a green dress, emblazoned with lettering celebrating Boston’s Roxbury neighborhood, and […]

Amazon has announced that it is acquiring self-driving car startup Zoox in a deal estimated to be worth over $1 billion. Foster City, California-based Zoox has founded in 2014 and raised $955 million funding from investors, including Grok Ventures, Lux Capital, Blackbird Ventures. Amazon’s intention to the automotive industry is not new. Amazon has also invested in electric truckmaker Rivian and the self-driving […]

General Electric About To Put More Money In Your Pocket

Leave a comment Cancel
Comments to: When last did You Say “I Love You?”
Cancel reply